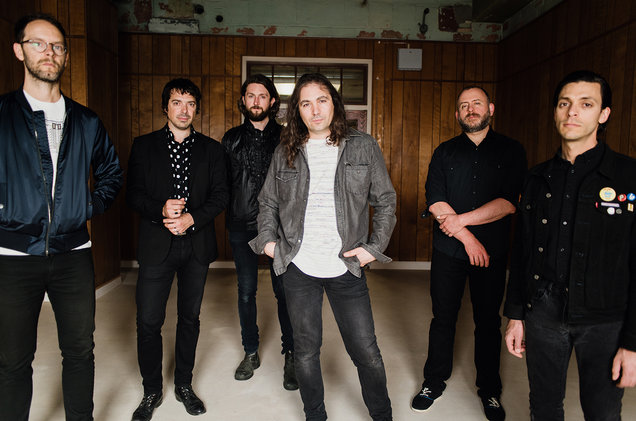 My first experience with The War On Drugs is in 2009 when I saw them open up five times for The Hold Steady. They had just released Wagonwheel Blues, a promising, if not wholly remarkable debut. Adam Granduciel quickly identified me night-to-night as “Phillies shirt guy” because of the shirt I wore one of the nights. He and Dave Hartley and their drummer at the time signed my copy of the LP. I saw Adam play with Kurt Vile the next few years, was surprised by the release of 2011’s Slave Ambient, and watched the band skyrocket on the heels of 2014’s brilliant Lost in the Dream. It’s been remarkable to watch a band like that come full circle, but nothing could prepare for the release of their latest, A Deeper Understanding.

To put it bluntly: this is a really special album. It’s both accessible and ethereal, somehow operating as both a passive listen and intensely rewarding for much more detailed listeners. I keep playing it over and over, revealing bits I simply missed before. How often is an album both good for the passivity of a long drive but dense enough for headphone listening? There are moments that exist here that you don’t really notice until you focus, sort of like when you focus on taking a deep breath. You’re always *doing* it, but not until you take time to really concentrate, it’s then you are cognizant of the process.

A Deeper Understanding is an album that passes through your body with each inhale and exhale, with an ability to make you feel *something*. Sometimes that feeling that doesn’t always have a word to describe it. It envelopes you in sound, feeling heavy without the properties of being solid. Maybe that’s not for you, but damn if it’s not remarkable that something like this can exist today, when there are so many options to blunt those feelings. It invites you to come close, to be intimate, and reminds you what it’s like to be alive.

A Deeper Understanding is out now on Atlantic.