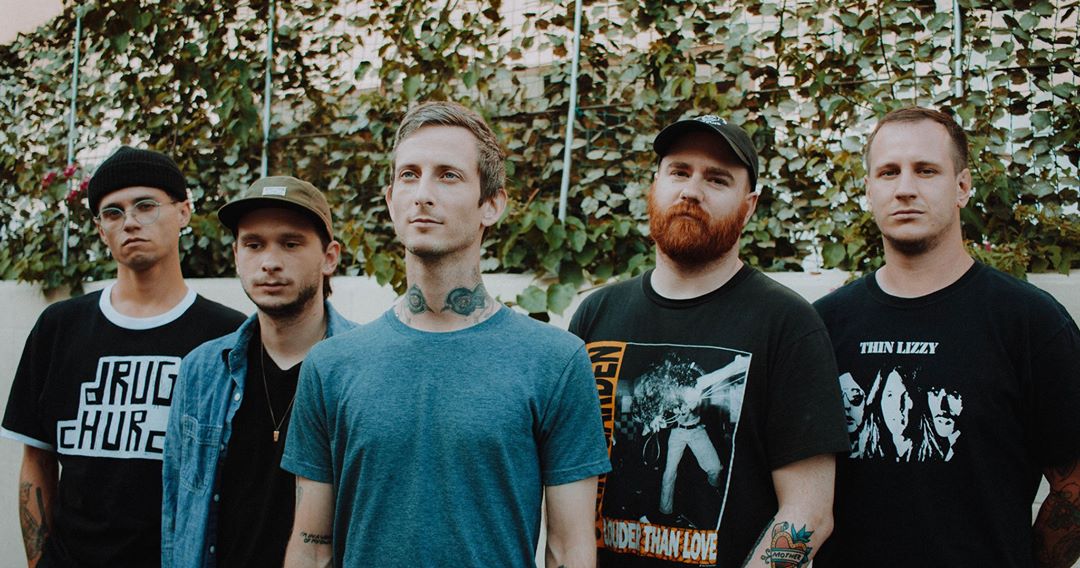 What does it mean to be a punk band in 2018? It’s hard to say, really. Ten, fifteen years ago if a band with the reputation of Drug Church made a record so explicitly poppy and clean sounding, it was nearly a guaranteed ticket to losing any kind of credibility they’d earned on their way up. However, making this sort of leap is to be expected now, because rock economics simply don’t add up. That’s not to say this is why Drug Church have made this stylistic choice, instead that it just doesn’t mean as much as used to. Regardless, on Cheer, Drug Church take what made them great on albums like Paul Walker and Hit Your Head and really hone in on them. The result is an album that’s no less hard hitting and way more immediate sounding.

“Grubby” is a tectonic rager of an opener, with vocalist Patrick Kindlon sounding higher above the mix than he’s ever sounded. “Avoidarama” starts with a killer bass riff that settles into a classic verse-CHORUS-verse hook. It’s an unavoidably great song. “Weed Pin” is buoyed by an amazing watery guitar riff with Kindlon espousing about frustrating career prospects. Plus, it’ll stop you dead in your tracks when he sings: “Fuck you at $12.50 an hour/I should have started a chemical fire/I should have burned this fucking place to the ground.”

Simply, Cheer is a great record from a band who’s growing by leaps and bounds by slightly altering the more hardcore elements of their sound and making them a little more palatable. On “Unlicensed Guidance Counselor,” Kindlon sings “If you live long enough/you’ll do something wrong enough/that you’ll feel shame enough/to say enough’s enough”. That’s 100% relatable. There’s no shame here. Drug Church swung for the fences, and that’s the most punk thing they could do.