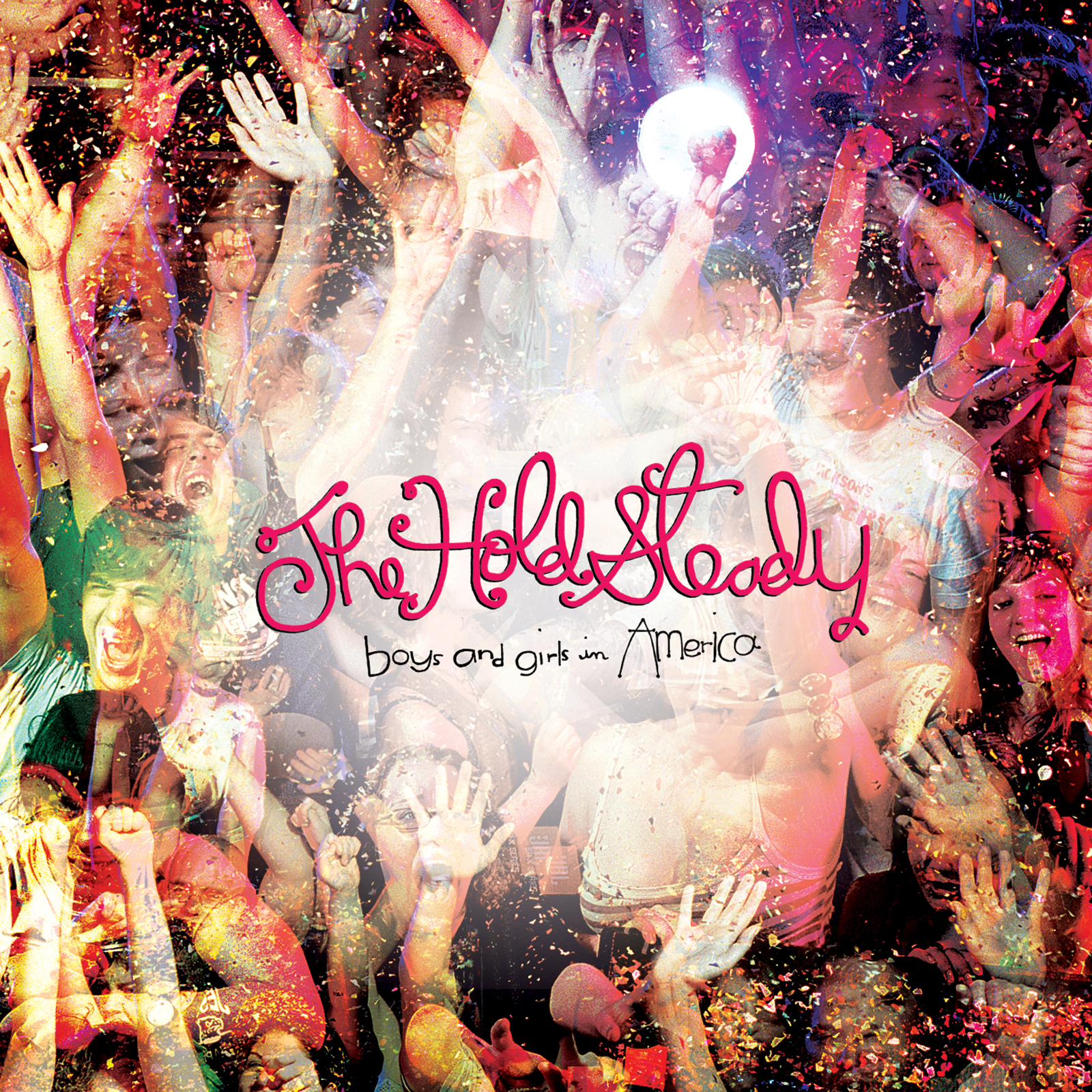 Today marks the tenth anniversary of Boys and Girls in America by The Hold Steady. Even the casual acquaintance has heard me stump for this album pretty much any occasion I get. But it’s the most meaningful and impactful musical document I know, and quite literally changed the trajectory of my life. I went from mopey college kid to someone who found a sense of purpose and community along the way. Of course that’s not without speed bumps, but that’s a different story.

I have so many thoughts about the record itself that are best said loudly and in person, preferably while playing the songs. This is still a common practice. Simply put, it’s a marvel of rock and roll construction: “Stuck Between Stations,” is quite possibly THE best leadoff rock song in history – the opening lyrics reveal the thesis: “There are nights when I think that Sal Paradise was right…Boys and Girls in America have such a sad time together.” Crashing guitars, dancing pianos, a tight-as-hell rhythm section and Craig Finn’s lyrics and BOOM, we’re in to the thick of one of the most essential albums ever.

What I loved about this record as a 20-year old has morphed over time. While I loved the songs and the lyrics that made great Facebook statuses (I’m learning this daily thanks to the ‘On This Day’ feature) it’s been so much less about the music and more about the people. That’s continued for a decade.

My college friends sort of tapered off in the months after the album’s release, so I joined the band’s message board in 2007. There, I found a bunch of like-minded individuals and families filing scene reports from all over the states and Canada, sometimes Europe, or proselytizing for bands I’d never heard of – Drive-By Truckers, Lucero, some group called the Mountain Goats. It became a place of community and education. These were lawyers, students, photographers, people with insisted on being called by their pen names instead of their real names, a lady who talked about how much she liked a group called the “Ass Ponys”, bible salesmen and self-described “rabble rousers”. I’d never met anyone like these people before. But they welcomed me in, for better or worse.

The next year, I started traveling to see the band. I’d crash in strangers hotels when our car would get locked in a garage overnight, get rained on all day in an abandoned pool and meet my best friend in the process, end up in parts of North America I’d otherwise have no business being in. Friends of friends I’d met through the band would help me move to New York. I’d forget to close my mouth more than once when throwing confetti and gambled for the first time in a casino in the middle of nowhere, Wisconsin. There are so many other stories, but they’re just not fit for public consumption.

I’d get to know the group, slowly, some of the members better than the others, and be able to call them friends or temporary roommates. For someone who has seen them at such an exaggerated clip, their good-naturedness and trust that I was not completely insane was always appreciated. That extends to their crew, an extremely patient bunch that went out of their way countless times to be kind to us in whatever city we were in. Eventually, we’d all work together, which still is a total dream come true.

As with time, I’m grateful for all the people that have come in and out of my life. So many of these are true friends I’ve been able to lean on when things did not look that sunny. Some I’ve met in person once or twice, or not at all, but we maintain that closeness. You know who you are. Growing older along with a band and its fans doesn’t really happen a lot, especially when you’re just starting your 20’s. I know many times and for many years I was not the best version of myself. So, if you’re reading this and knowing what I’m talking about, thanks for sticking around.

Ultimately, Boys and Girls in America is the story of the people that The Hold Steady brought together through their music, who built a community and changed the lives of a lot of people. As I look back on the past ten years, I’ve still got a lot of work to do, but through the totality of the experience of just playing some songs, I’ve grown into someone that I like being. It’s given me so many people important to my everyday life, incredible experiences and stories that no one else will ever have, and mostly, a freedom to just be who I am and love what I love. When we eventually dry up and crumble into dust, hopefully it will inspire a new group of people to do the same.