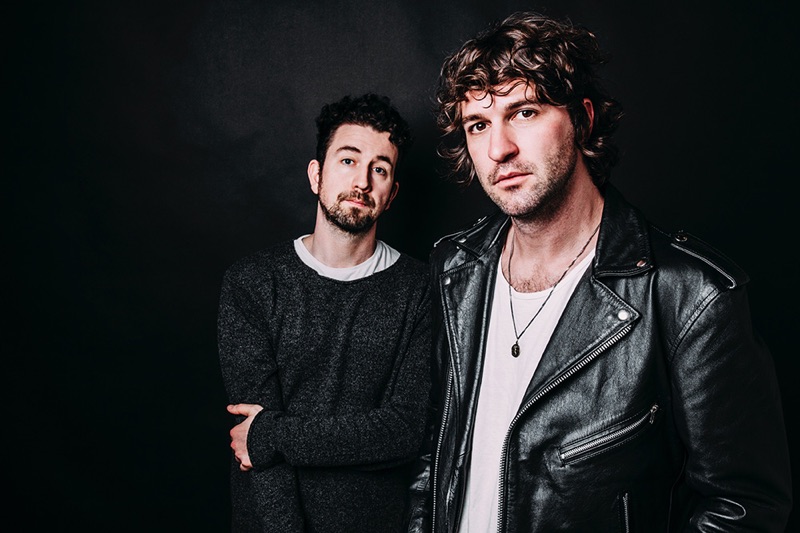 It’s a weird feeling to be in transition: constantly thinking about where to go next, the thrill of excitement just out of reach, and possibility feeling so endless that it’s overwhelming. What do you do?

With Near to the Wild Heart of Life, Japandroids first album in almost five years, that feeling of being flux is everywhere – literally. Song titles contain words like “near” “to” and one song is simply named “North East South West”. It’s a record about growing up, moving on, and exploding the tiny moments in life that feel so much bigger in retrospect than they do in the moment.

Both 2009’s Post-Nothing and 2012’s Celebration Rock faced some criticism for sounding somewhat piecemeal in their sequencing. The latest album represents the first time the band feels like they’ve done something deliberate – and it works. As two guys from Vancouver bashing out some of the most euphoric jams that could be made two people at a time. By slowing down and looking a little more inward, they have made something that really feels like an album, as they’ve detailed in notes for the release. “Side A and side B each follow their own loose narrative. Taken together as one, they form an even looser narrative, with the final song on side B acting as an epilogue.” While they’ve succeeded, they may have done it at the cost of throwing off any fans who were expecting Celebration Rock II.

The production is larger and the songs have a sense of space not found on previous Japandroids records. Make no mistake, this record still has plenty of the fiery romanticism and the hooks that made the band so irresistible, but there is simple separation in the sounds to take that all in. There’s prominent synthesizers – the warped 7-minute “Arc of Bar” is a great example– and then another sound not found on previous Japandroids releases – acoustic guitar strums on the gorgeous “True Love And A Free Life Of Free Will”. Just these small touches alone show that the band is taking small steps to distance themselves the bash-and-blaze chaos of the first two albums.

Like every Japandroids record, this one feels kind of like a small miracle. They are a band who feels like they’re just on the verge of disappearing at any time. They make some of the most immediate and visceral sounding rock and roll and really seem to take that role seriously. Perhaps that’s why they take long gaps between albums with nary a hint of when they’ll resurface.

In a sense, Near to the Wild Heart of Life reminds us of some truths that we all eventually face. Everything is constantly changing. Right now is the youngest you’ll ever be. Eventually, we have to all take chances if we want evolve. Sure, the album is not perfect, and some experiments don’t work. That sounds like life. It won’t bring us back to the time where we felt infinite. But when it’s over, it’s a small reminder to keep going in hope that next day will be better than the last. That in itself is a victory – at this moment in time, that is exactly what we need.

Near To The Wild Heart Of Life is due out January 27, 2017 on Anti- Records, with a special early release for vinyl on January 24.