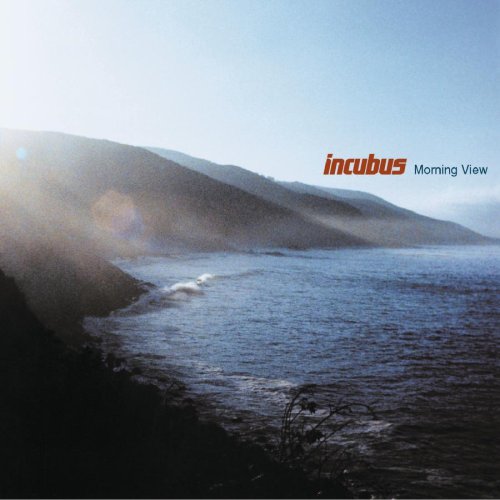 Earlier this week, Morning View by Incubus turned fifteen. While it may not have aged as well as some, it very much played a part in my musical development and remains one of my favorite records. It’s a good one, and one that somehow manages to sound of its time and completely out of it all at once.

October 2001 was a bottomless, scary time. 9/11 had just happened, the country was literally putting the pieces back together. Every news report fixated on the wreckage at Ground Zero. I was a sophomore in high school, cognizant that something massive had taken a few hundred miles from me – but I didn’t know anyone that had been affected, or anyone that I knew that was directly impacted. But you could tell in the air that things were about to change in a big way.

Rock music at that time was probably in one of the worst periods as it ever had been – rap rock was still very much en vogue – and I was still consisting on a steady diet of whatever I heard on the radio and was still months away from hearing about a local Chicago site called Pitchfork Media. Incubus, at the time was not far separated from the pack of the rap rock bands, a shapeless group of Southern California dudebros with loud guitars and a dude who sang with soul but none of the chutzpah. 1999’s Make Yourself was a bonafide hit, containing “Pardon Me” and “Drive” both nice singles, especially the latter, which appealed to the sensitivity and found in 14-year-old boys living in the suburbs. These songs have somehow have survived through the years on alt-rock radio in varying forms, which is kind of amazing, considering so many of their peers have not.

For their follow up, Incubus famously decamped to a house in Malibu on a street called “Morning View Drive”. The resulting album from the sessions is something that feels a little spacier and what is probably best described as “pocket ambience”. (Also, before we go any further, I want to mention this was the first and last record I pre-ordered at Sam Goody at Spring Hill Mall.)

For those weightless moments, there are also the hard-edged rock ones – “Nice to Know You” and “Circles” with punishing guitars, “Wish You Were Here,” one of last decade’s very best alt rock singles, all ‘Bob Marley poster on the walls of my room at my parents house” poetry aside. Songs like “Warning” with a slow-burn churn and “Echo” were soft without being entirely saccharine. “Aqueous Transmission,” with its use of a Chinese instrument called the pipa, was unlike anything any teenage suburban midwesterner had ever heard.

Somehow, in pre-9/11 America, Incubus made a record that soothed what was about to come. Released a month after the attacks, It was angry and sensitive, but nuanced enough for teenagers to find meaning. It was art for people who didn’t really get art, and was a direct route to making new friends and relating through music at school.

Incubus never again made a record as balanced as Morning View. What has come since has always been intriguing (seriously, Light Grenades, people), nor did they ever make something as fluid, either. It’s a record that legitimately feels hazy, capturing the mood of its era, but somehow cutting through the gritted-teeth anxiety of a terrible time. That’s why I remember it.