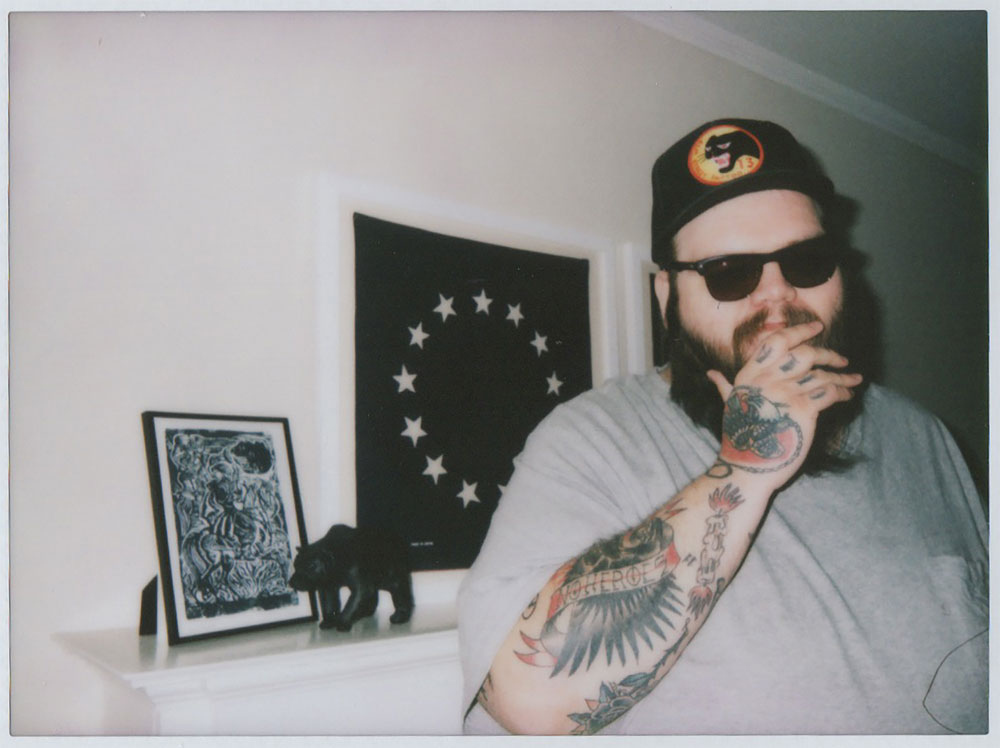 You don’t find John Moreland. He finds you in the sneakiest of ways. Whether it’s a hat tip from Rachel Maddow or an arresting performance on The Late Show with Stephen Colbert, Moreland is weaving his way into the public consciousness with gorgeous tales of faith, heartbreak and loss. It’s almost impossible to listen one of his songs without feeling impacted in some way. So, it’s no surprise that on his latest album, Big Bad Luv, there are those in spades – perhaps with a little bit more optimism this time around.

The fourth solo album from the Tulsa, Oklahoma native represents a shift from his most recent prior records. While records like In The Throes and High on Tulsa Heat represent a kind of inwardness, utilizing accompaniment when necessary, they feel more like solitary experiences – Moreland’s words hit like hammers in his sandpaper croon. Here, that’s still true, but these are the definitely songs of a band. He’s made that clear with luminaries like John Calvin Abney and Lucero’s Rick Steff. This wholeness makes songs like album opener “Sallisaw Blue” shimmy, instead of feeling like being the witness to a confessional. Songs like “Love is Not An Answer” and “It Don’t Suit Me (Like Before)” have an easy, propulsive quality that feel like feel like quiet anthems more than anything.

Despite the more muscular nature of the songs on Big Bad Luv, it’s hard not to think what these would sound like if it were mostly just Moreland. It’s a formula that’s worked so well prior, and with a voice and as distinct as his – it almost feels unnecessary to disrupt. That said, he’s a songwriter who has hit an incredible stride and deserves the victory lap.

The album’s most poignant moment comes on the album closer “Latchkey Kid” – accompanied by nothing other than acoustic guitar and elegiac organ, he sings “Won’t you tell me how the story goes and goes/I’m too lost to tell my temples from toes/But I’ve got too many pages left to turn/To sit and wonder why that book won’t burn” – it’s unclear who he is talking about, but that sort of exhaustion and frustration and heartbreak is relatable. Later, he flips it on its head: “I found a love that shines into my core/I don’t feel the need to prove myself no more/When I look into the mirror now I see/The man I never knew that I could be.” The guitar stops, the organ tracks out. Moreland’s sounds like he’s found some peace on the other side of the road, waiting for the rest of us to join him on his next journey.