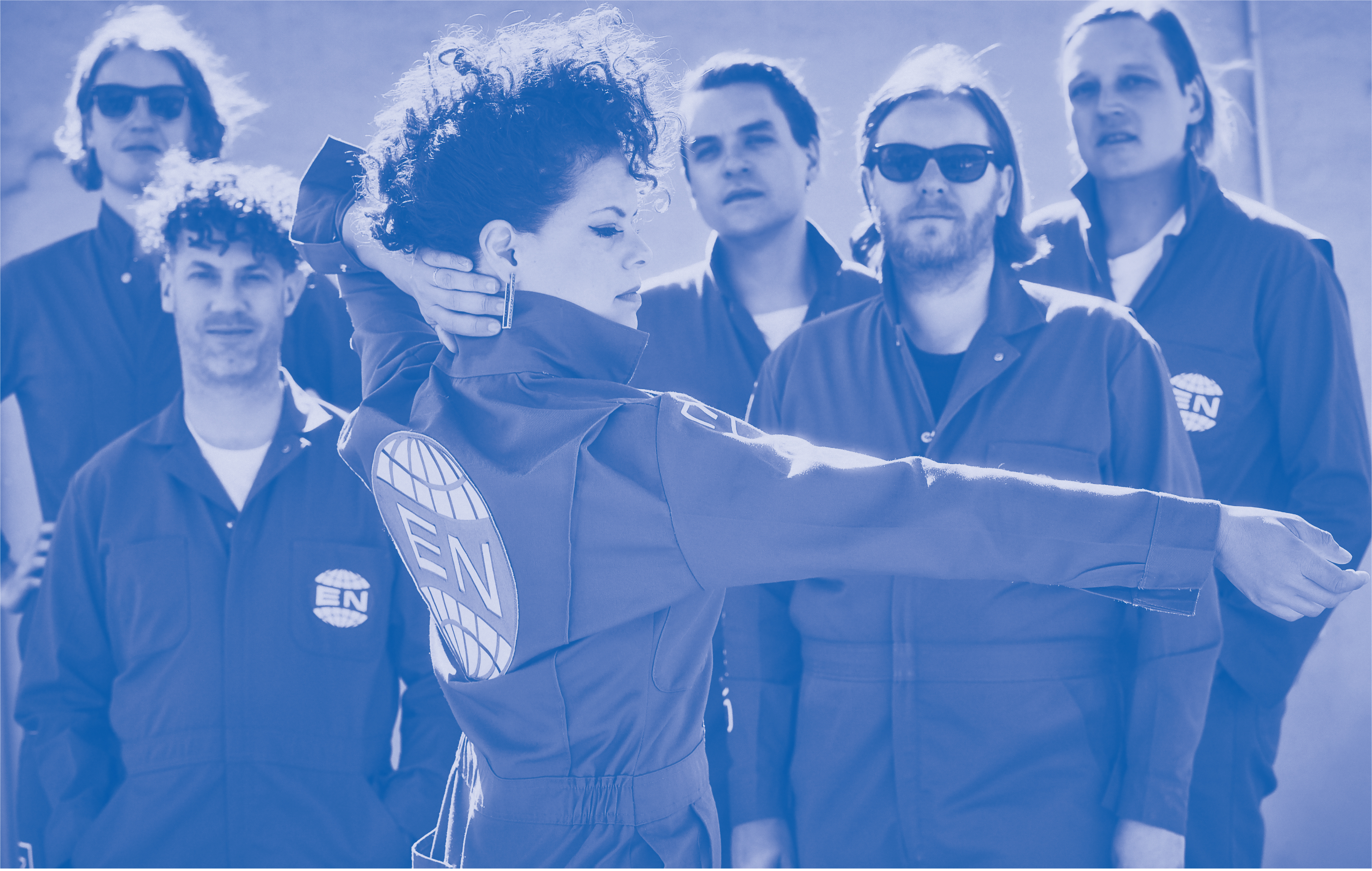 There’s a real problem of being fatigued through overconsumption. It feels like as a culture we’re maxing out: we now have access to an endless pleasure funnel. If you have the means, you can gorge on all the music, movies, television and food you want. There is so much of everything. It’s perpetuating a practice of going-until-you-can’t, exhausting yourself and starting all over again. It never stops. There’s always “infinite content”.This is the thesis of Arcade Fire’s new album Everything Now.

Arcade Fire are one of the last bands to be born before the culture of critical mass, releasing one critically acclaimed record after another, culminating in a Grammy for Album of the Year for 2010’s The Suburbs. Every one of their releases has been an event, a sort of take on the modern blockbuster. You know when it’s coming, you know what it’s about. You’re immersed. The records themselves – always a little stuffed to the gills and a little long. Let’s be real: there’s always a few bummer tracks. While 2013’s Reflektor was actually a really great late-night dance record, it often got maligned self-indulgent.

Pretty succinctly, Everything Now is a solid Arcade Fire record, and at this point in time, that’s good enough. From the title track where Win Butler singing about “Every room in my house is filled with shit I couldn’t live without” to the middle-era Talking Heads groove of “Signs of Life,” these are some of the more accessible singles they’ve put out in a long time. Then, with one of the best tracks is the synth boom of “Creature Comfort” where Butler and Regine Chassagne talk about the desire of those who want to be famous, and if they can’t, dead. It gets real meta: “Assisted suicide/She dreams about dying all the time/She told me she came so close/Filled up the bathtub and put on our first record.” This sort of self-awareness from such an image-conscious group is a bit jarring.

“Chemistry” sounds pretty hokey at first, but then there’s a weird butt rock breakdown midway through that’s irresistible to want to play over and over. “Electric Blue” is a breezy showcase for Chassagne, but it doesn’t quite pack the emotional punch of her earlier tracks, like “Sprawl II (Mountains Beyond Mountains)” from The Suburbs.

The album both begins and ends with a track called “Everything Now (Continued)”. Both songs feature a tired Butler singing “I’m in the black again/Not coming back again/We can just pretend/We’ll make it home again/From everything now.” The difference is that opener builds towards what ends up being the title track, while the closer the other forms a horn swell and cuts off abruptly. If the songs are left to repeat, the end of the album loops with the beginning. The album doesn’t truly begin or end until you’ve had enough.

It’s literally “Everything Now”. It is infinite content. Wait to for the prompt to ask “Are you still watching?”

Everything Now is out on Columbia Records.