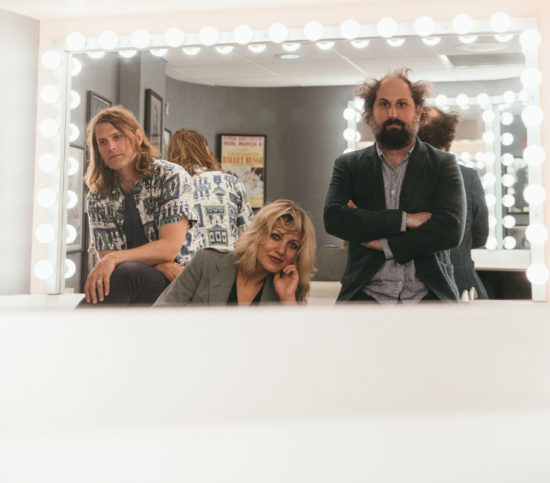 Listening to the eponymous debut album by Bonny Light Horseman, it’s really hard to escape the feeling that the songs on the record feel as old as time. Songs like “Jane Jane” and “Magpie’s Nest” have atmospheric flourishes that place them as contemporary songs, but it shouldn’t be a surprise that the well-worn, pastoral beauty of this collection is really a reworking of ancient folk songs of the British Isles.

The group is a collaboration between Anaïs Mitchell – the singer-songwriter responsible for the Tony-winning Hadestown, Eric D. Johnson, the musician behind the indie folk stalwart Fruit Bats and Josh Kaufman, a musician and producer known for his work with Craig Finn, Bob Weir and The National. The trio got together in 2018 and found common interest in the songs throughout the rehearsal process. It’s a truly extraordinary collection – Johnson’s vocal on “Deep In Love” and Mitchell’s on “The Roving” are two highlights that send send it from being merely ‘good’ to soaring. What’s most amazing about it how effortless and breezy the record feels – it’s not a stunt or a clever marketing gimmick. It celebrates the true beauty of music-as-tradition and a truly modern update of songs that have been reinterpreted for hundreds of years. It is the type of record that rewards deep listening. Each composition feels like the sonic equivalent of a wood carving – natural, detailed, with a built-in history of the form it once held.

Bonny Light Horseman is out on 37d03d. Get it here.